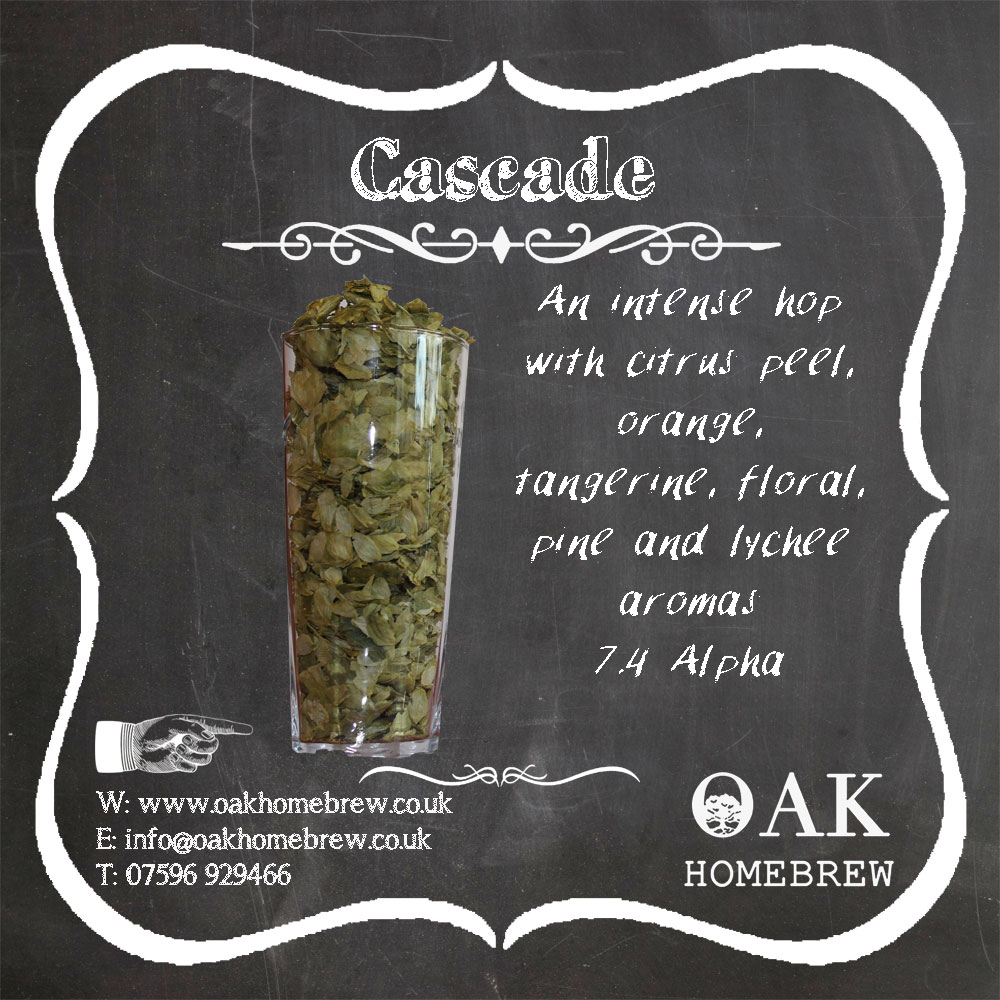 Cascade hops are an American hop, which was introduced into Britain in 2002, so is still fairly new. This brewing hop grows tall and is late-maturing in this country. The UK version has the same aroma notes as the US original, although slightly less intense. Cascade hops are intense with citrus peel, orange, tangerine, floral, pine and lychee aromas. This is generally used as an aroma hop, but gives a smooth bitterness.